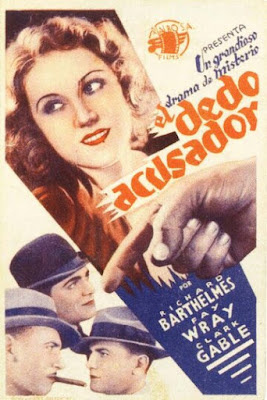 Breck gets his break in the Big Time, a small town reporter reaping his own harvest in the Big Apple. This may be the first film whose protagonist is induced into a life of crime by the failure of Universal Healthcare! Breckenridge “Breck” Lee (Richard Barthelmess) is an inexperienced yet exuberant reporter whose first job for the prestigious Press is to report on the local bootleggers and crime bosses. He does a bang-up job on his first assignment which leads him to get banged-up! With a seemingly insurmountable hospital bill which the newspaper refuses to pay because the assault happened after hours, he begins to take payoffs from a local mobster to keep the Syndicate out of the Press’ headlines. As Breck starts to secret the money away in a safety deposit box, his adorable and forthright coworker Marcia (Fay Wray) suspects he is earning money on the side. Their jovial and lackadaisical cohort Breezy (Regis Toomey) who makes no secret of his love for Marcia vows to impress her by working hard on his own byline. When Breezy’s headline bashes the local Kingpin it’s the gutter, as in the bottom of a drainage canal, for Breck.

Director John Dillon seems too constrained by the cumbersome sound design to allow his actors to speak naturally and move within the set while speaking. Every conversation is told face to face, enunciating clearly with momentary pauses between every line and response: it seems even too “stagey” for the stage! Barthelmess wanders through the film with slumped shoulders and monotone voice with little variation as his character grows more confident and backstabbing, though I suppose he dresses in better suits. Clark Gable appears in this early performance as a smirking gangster who splits the dough (rather unevenly, mind you) with Breck until our reporter begins to control his own racket and cut-off the middleman. Gable adds life and a greasy-slick realism to his character which, when contrasted against the staid performances from our three protagonists, is very protuberant. Legendary DP Ernest Haller often moves his camera throughout the environment to add some pizzazz but the film becomes static and too talky: the people often tell us what happened instead of showing us what’s happening.

Breck takes his final walk after spending a night with the lovely Marcia (premarital sex, crazy right?). His death was earned much like his career at the business end of chattering steel: only this time it wasn’t the staccato notes of a typewriter but a Tommy Gun.