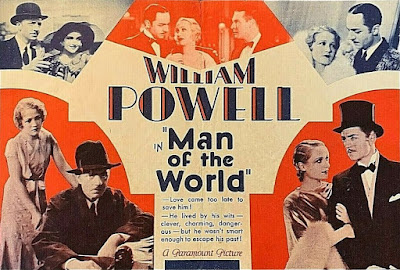 Michael Trevor is an American expatriate in France who blackmails vacationing compatriots by threatening to reveal their sexual indiscretions and publishing them in his weekly tabloid. This sordid story and script is written by the legendary Herman J. Mankiewicz and delves deep into Michael’s shame and guilt, as he struggles against his past deeds and wonders if he deserves a shot at a decent future. Michael is a man whose conscience has been submerged in self-loathing and anger until resuscitated by the lovely Mary Kendall. William Powell’s performance is truly wonderful as he imbues Michael with class and charm even as he’s earning his Devil’s pay; the good man is always apparent just under the surface and we see him come up for air as the story progresses. Mankiewicz refuses to give us a typical ending of redemption and instead punches us in the gut. It surprised me and I fucking loved it.

Michael is living in Paris under an assumed name (which is never revealed) because of some “incident’ (facts never disclosed) as a reporter for an American newspaper. His cover is that of novelist but his job one of deceit and manipulation. He and his two cohorts publish a weekly rag that prints all of the sexual exploits of wealthy Americans unless they pay him NOT to print: it’s quite lucrative. As he’s fleecing one Harry Taylor (Guy Kibee) in the kindest way he meets the niece Mary Kendall (Carole Lombard) and it’s love at first blush. The story then focuses upon their blossoming relationship as she is engaged to a puerile young man and he’s attached to Irene a jaded and streetwise femme (not quite fatale). It’s atypical in that the story refuses to condemn or lay fault at the feet of any character other than Michael: it’s a wonderful self-own! Even Irene balances precariously on the edge of the fault line but she only makes clear what love has occluded in her former beau. She is cruel to be kind. Michael spills his guts to Mary yet seems to hold back, hedging his moral bets by leaving some details unsaid even as she proclaims that the past is the past. But dead deeds sometimes come back to haunt.

The film ends upon two separate ships steaming towards disparate ports: Mary back with her juvenile partner and Michael discarding his latest proceeds into the vast ocean with Irene at his side. Michael has earned his future and now accepts it and has shown integrity into not sullying the innocent Mary into his nefarious nightlife. It’s a real downer but feels genuine. 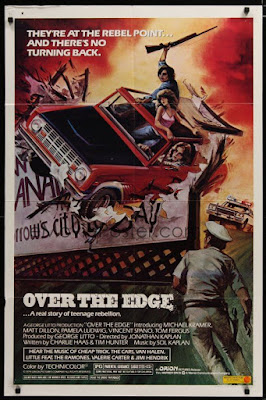