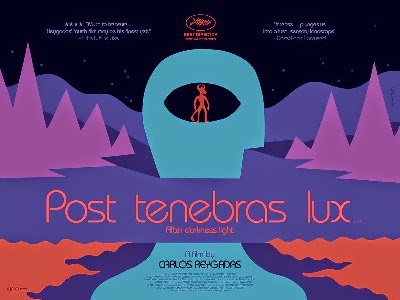 Now that we're past the halfway point of 2014 I've finally caught up with films from last year! So here's my Top Ten of 2013.

Carlos Reygadas has impressed me with his last two films with influences such as Ingmar Bergman and more specifically Andre Tarkovsky. I believe Reygadas' films lack the sentimentality of Tarkovsky yet retain his ethereal and dreamlike visions. And Refn's last film DRIVE awed critics yet this one left most cold and agitated. I think it's a beautiful meditation on the mythology of violence and deserves a review...which I may write someday. Harmony Korine delivers an anarchist vacation from reality and depicts a world of souls lost in neon and bikini wax. And James Franco proves he can act as he focuses his stoner character from FREAKS AND GEEKS to epic proportions! I feel he should have been nominated for an Academy Award. Shane Carruth finally delivers his ssophomore effort after the enthralling no-budget masterpiece PRIMER. The film's theme seems as elusive as the meaning of the title itself. Noah Baumbach passes the Bechdal test and breathes life into a real and complex woman whose primary concern isn't what man she is in love with. Woody Allen may tell an ordinary tale but it's his characters that come vividly to life as Sally Hawkins, in a supporting role, steals the entire picture. Park Chan-wook's first English speaking film is a wonderfully creepy coming of age tale, focusing on a young woman who blossoms into a poisonous flower. After the spousal debacle of OLDBOY, my wife actually sat through and finished this one: I told her no tongues get cut out. I think she liked it! Alexander Payne paints a picture of a still life come to life, as he frames rural Americana in all its inglorious beauty. Alfonso Cuaron still hasn't topped CHILDREN OF MEN but this one is a technical masterpiece and one you can't take your eyes away from even for a second. It's that engaging. George Clooney is the weak link here with his incessant chatter. The ending confused some but rest assured...she died at the start of the third act; the rest was a death-dream. And my Top Ten ends with one of the most gripping documentaries ever made as the Directors not only interview soldiers who massacred thousands of people but have them re-enact the atrocities in the actual locations where they happened. This brings the past and present into a collision course that will haunt you for days...maybe forever.