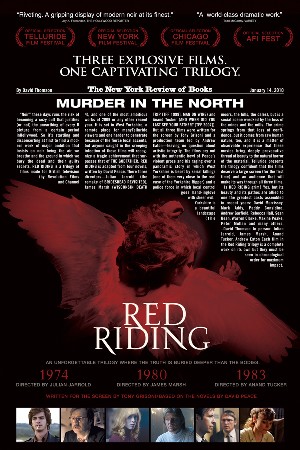 My Anti-Oscar awards continue with the ten greatest films from 2010 that you’ve probably neither seen nor heard of. The RED RIDING TRILOGY and CARLOS were television film trilogies (which is only a oxymoron in the United States were television vomits entertainment to the masses) that had a theatrical run and rise miles above the talented mediocrity of every Best Picture Oscar nominee. DOGTOOTH is nominated in the Best Foreign Film category but it won’t win: it’s too sexually relevant , intelligent and spiritually ambiguous to garner Hollywood’s political favor. It would be like awarding Michael Haneke a Best Director award instead of Steven Spielberg. So when you’re finished watching the paint-by-the-numbers Oscar nominees and get a bit tired of the same old story, check out a few from my list and be prepared to have your expectations denuded and deconstructed.